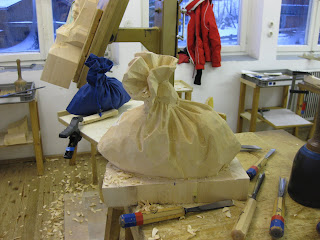 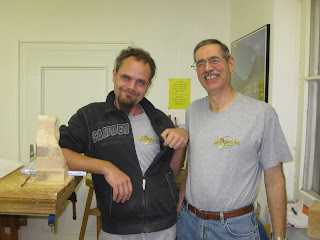 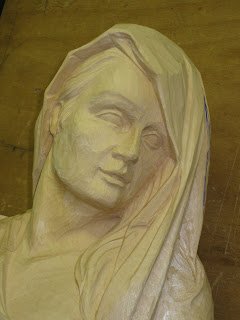 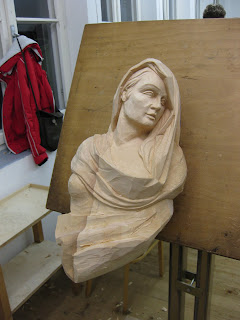 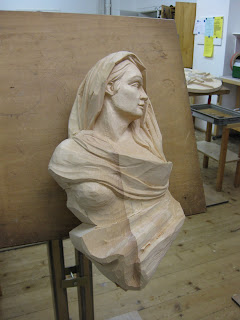 Today was not only Wednesday but it was "over the hump day" on the woodcarving. Things are all coming together for me today. The face is pretty well finished up with the exception of some finessing. Pascal had a great idea for the base of the carving. He suggested I take the tail of the scarf and use it as a great ending for the carving. It looks as though it would be blowing in the wind and creates an "S" shaped flow to the carving carrying one around to the bottom and then back. I couldn't be happier and I feel as though the light bulb went off on setting up drapery on the second side of the carving. I even got an "at a boy" from Pascal on the drapery. George finished up his carving of a "sack with knot" that came out beautiful. He has done this carving once before in Alabaster. George started his second carving today of a stylized Madonna and Child. Tomorrow is a short day and we will finish up at noon and later meet at the Gastube (Restaurant) to ring in "Sylvester".
Posted by Eric R Bunn at 11:49 AM